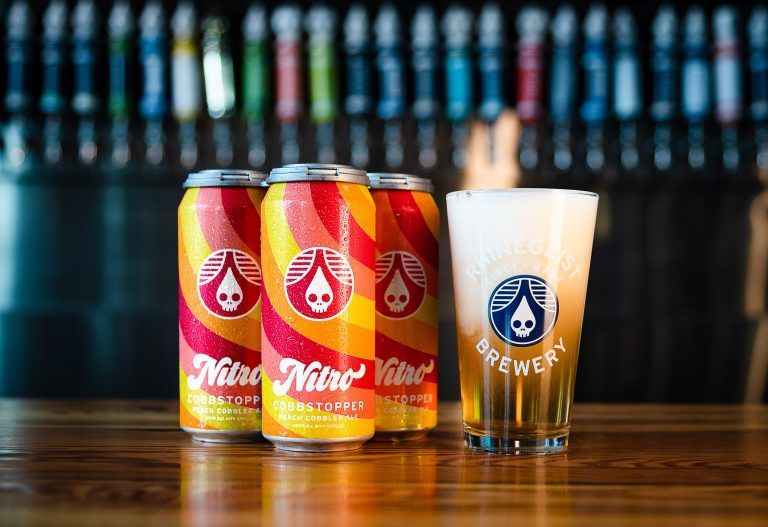 “By using nitrogen gas instead of CO2, we are adding a creamy texture to complement the dessert notes in the beer, creating a unique drinking experience,” said Cole Hackbarth, director of brewery operations at Rhinegeist. “It also gives the classic cascading head for a visual experience to match the flavor.”

The Cobbstoper features a drop of liquid nitrogen that flashes into nitrogen gas after the lid is sealed. While some of the gas is absorbed into the beer, much of it remains in the headspace and is realized when opened.