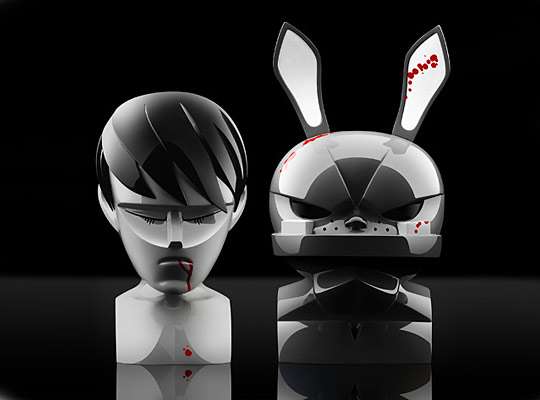 Titled as the 'Eyes of Fear' collection, Noops and Paws have just had a one-on-one battle and are fighting until one's death -- hence the splattered blood dripping from the eyes and mouth areas. Although it is a toy line for kids, each mini-fig is also strong enough to be an art piece, with its characters made in high glossy fiberglass.

These dark and twisted dolls are consumed by emptiness and looming blackness. Forcing children to face the reality of life, and death as the inevitable human fate is an unconventional theme for a toy, but these dolls are not just toys, they are pieces of art that make very real statements about the way of the world.
2.3
Score
Popularity
Activity
Freshness