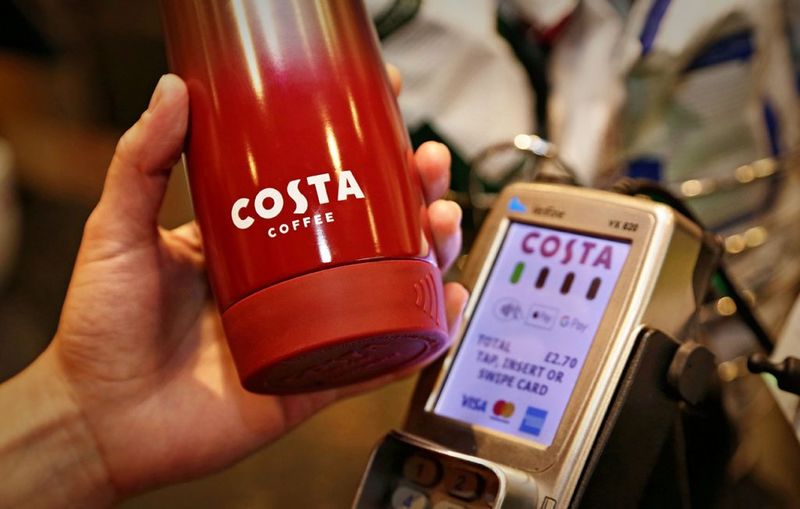 Laura McQuarrie — November 29, 2018 — Eco
References: home.barclaycard & fabnews.live
Share on Facebook Share on Twitter Share on LinkedIn Share on Pinterest
As part of its new reusable cup range, Costa Coffee is introducing the 'Clever Cup,' which integrates contactless payment technology from Barclaycard. Thanks to the integration of Barclaycard's bPay technology, the Clever Cup makes it possible for Costa Coffee customers to make purchases using the cup directly, as well as perform other actions such as topping up their balance or tracking payments.

In late November, the Clever Cup will be appearing in Costa Coffee stores, giving consumers all the more incentive to invest in a reusable vessel for coffee. The Clever Cup is helping to relaunch Costa Coffee's reusable cup range, as well as announce its commitment to recycling 500 million takeaway cups by the year 2020.