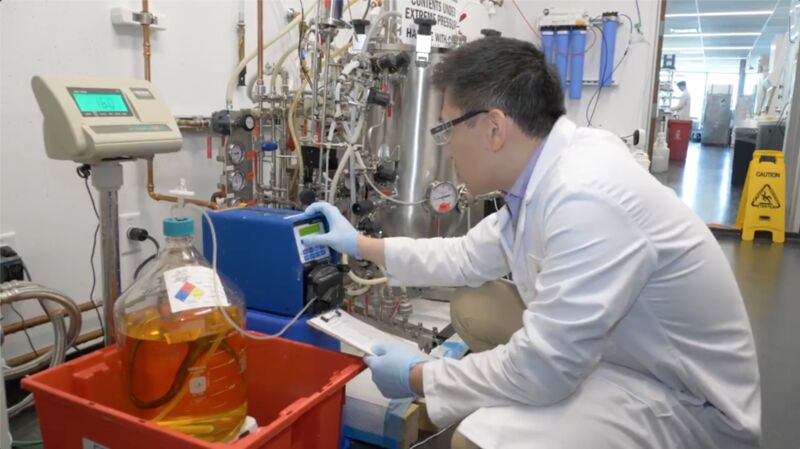 The company has successfully developed the world’s first animal-free egg white, which can be used just as traditional eggs are when it comes to baking, nutrition, and industrial use. Guided by values of responsible production and sustainability, Clara Foods understands that it’s time to leave the factory farm model in the past, and provide consumers with ethical ingredient replacements that taste and perform just like the real thing.

To learn more about Clara Foods’ developments, understand how its fermentation process works, and what the future of food might look like, we spoke with Founder and CEO Arturo Elizondo.

What is the significance of Clara Foods’ animal-free pepsin, and why is it so important today?

Pepsin has been hugely important to us and the world of animal-free ingredients for a few reasons. Firstly, its origins really expose the underbelly of the food industry. As much as consumers want to know about where their food comes from, there is still a gap. Humans have been using pepsin, which is a protein that comes from hog stomachs, for around 200 years already. This ingredient has been largely unsustainable on top of being egregiously produced, and I think most people would be shocked to see the reality that's behind it. Because of this, it's exciting for us to really be able to clean up the supply chains and present companies with a more sustainable and ethical alternative that's able to suit all of their needs.

For those who are unfamiliar, can you explain the process behind creating an animal-free egg replacement?

When I tell people that we make real animal protein without using a single animal, it often shocks them because it absolutely sounds like magic or science fiction.

While we're using this technology in new ways today, it's actually been around for about 40 years already. The very first animal protein that was made without animals was insulin. Similarly to pepsin, the sourcing process involved killing animals, in this case pigs, and extracting insulin from their pancreases. This was then purified and made into the product that diabetics inject. When this process was used, about 50,000 pigs were needed to make just one kilo of the insulin product that diabetics rely on. Today, 99 percent of the insulin in the world is made using fermentation, the same process that we use to make our animal-free ingredients.

When translating this technology to new ingredients, we use a chain of DNA sequences that code for different amino acids, which we catalog in online databases. From there, we identify the protein we want to produce, and then replicate it. We work alongside another company that essentially prints a specific DNA sequence for us, which is then inserted into yeast to begin the fermentation process. While fermenting, it consumes sugar and starts to produce the protein that it's been designed to create. It's quite similar to how brewers use yeast to convert sugar into alcohol to make beer or wine. The yeast that we work with naturally converts sugar into protein, the yeast consumes all the sugar so there is no sugar left in the end product. We then use the DNA to actually design it and produce specific kinds of proteins.

When the final product is presented to consumers, what does it look like?

The product ends up looking like a powder or a liquid. If you go to a grocery store or health food shop, you can find liquid egg whites and other similar products in cartons, or protein powder in bags or canisters—and this is similar to how these alternatives will be presented to the consumer.

Does this process need to be adapted for other ingredients? Which types of food can be replicated using this method?

You can think of Clara Foods as a large brewery with multiple production areas. Each fermentor has its own yeast and is able to produce a variety of proteins. When we think about replicating a particular product, we like to consider which ones are the most difficult to replace with a plant-based alternative so that we can provide an animal-free and sustainable solution.

This is why we chose eggs, as they’re such a functional ingredient and other companies haven’t been able to create a viable alternative that can actually get the lift and aeration that’s needed when creating so many baked goods.

There are many types of ingredients that can be recreated using this method, so for us, it’s about prioritizing our pipeline so that we’re able to fill some of the biggest gaps. Already, we’re seeing that cannabinoids are being produced using fermentation, and even flavors and fragrances like vanilla are similarly being created in this way.

Are there any challenges Clara Foods faces in bringing its animal-free ingredient alternatives to market? How have consumers reacted so far?

Clara Foods has been around for about six years, and is the fifth oldest company in this space, joining names like Impossible, Beyond, Perfect Day, and Just. Today, there are hundreds of other companies in this space.

We’ve been knee-deep in research and development because in order to develop the products we need, we have to take the time to develop our core platform first. The amount of research that goes into a company like Clara Foods is definitely a challenge, but it’s also what makes it so great. Ultimately, we want to make sure that we get quality products in the hands of consumers as soon as possible, so we challenge ourselves to check all the boxes that make a really great product, while also doing it as efficiently as possible.

What does the partnership with Ingredion mean for Clara Foods and the future of animal-free ingredients?

We’re very excited to work with Ingredion so that we can scale as quickly as possible and accelerate the world’s transition to animal-free protein. We knew we needed to partner with companies both large and small to bring our vision to life—not just on a US scale, but a global one. We need solutions that are as big as the problems that we’re facing. Ingredion is in over 120 countries, and will be incredibly helpful in giving us the platform we need to bring food 2.0 to consumers all over.