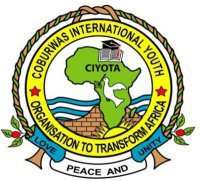 CIYOTA's Benson Wereje is a 2013 Class of Echoing Green Fellow

Tiana Reid — June 13, 2013 — Social Good
References: coburwas.org & echoinggreen.org
Share on Facebook Share on Twitter Share on LinkedIn Share on Pinterest
COBURWAS International Youth Organization to Transform Africa (CIYOTA) is a youth-led program and non-governmental organization that is based in Uganda and the Democratic Republic of Congo. Its co-founder and executive directory, Benson Wereje, was recently named a 2013 Class of Echoing Green Fellow in the civil and human rights category.

The focus of the program is on education and leadership through its schools, hostels and youth centers, all of which operate in conjunction with the government in Congo. Wereje said he is influenced by 2009 Echoing Green Fellow, Eric Glustrom, who founded Motivate! for looking to children as agents of positive social change.