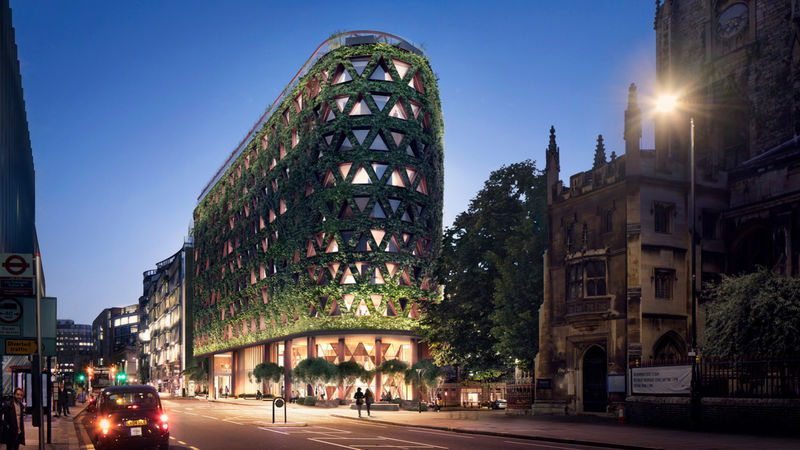 Laura McQuarrie — November 11, 2019 — Eco
References: sheppardrobson & dezeen
Share on Facebook Share on Twitter Share on LinkedIn Share on Pinterest
Sheppard Robson's recently unveiled Citicape House in London is on track to become the "largest living wall in Europe," as it proposes a design that's covered in 400,000 plants. Over the course of a year, the structure's plant-covered facade is said to be able to capture more than eight tons of carbon and produce six tons of oxygen, which will help to improve air quality in the urban center.

The 11-storey Citicape House is planned to replace an existing office building in a heavily trafficked area of London and serve as a precedent for how cities can address pressing issues like climate change and air pollution. The mixed-use building is set to contain a five-star hotel, offices, co-working spaces, event spaces, a bar, spa, restaurant and more.