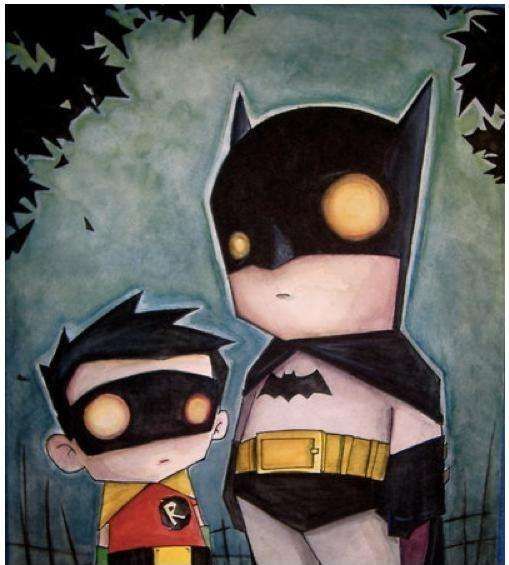 These Chris Uminga Illustrations are Uncanny

Josh Triantafilou — March 16, 2012 — Pop Culture
References: chrisuminga & buzzfeed
Share on Facebook Share on Twitter Share on LinkedIn Share on Pinterest
Chris Uminga shows a fresh and eerie take on the Batman franchise with this series. The artist has come up with a series of drawings depicting Batman characters as despondent, disproportionate cartoons. He covers a variety of them, from the most obvious like Batman and Robin, to the more obscure such as Scarecrow. Chris Uminga does not make moral qualifications either; Joker and Penguin are given just as much work as Batman and Robin.

Consistent with the dark undertones of the Batman brand, the works are rendered in well-defined, but dour colors. In a manner reminiscent of a water-color painting, Chris Uminga sets most of the characters against a backdrop of cloudy, slightly faded color, which lends the villains and heroes an almost ghostly quality.