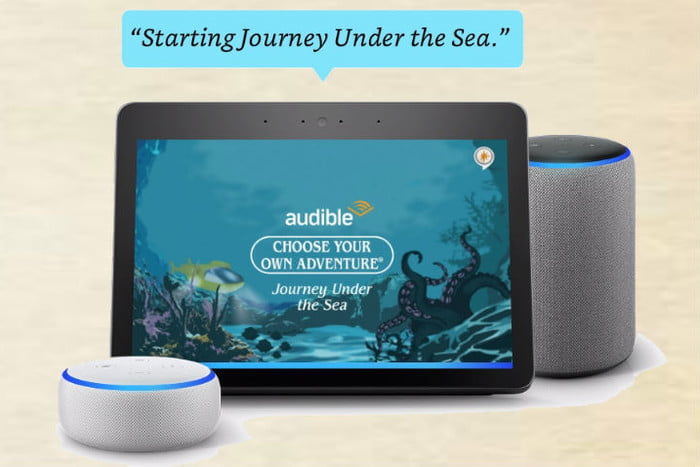 Audible & Amazon Alexa are Reviving Choose Your Own Adventures

Laura McQuarrie — February 5, 2019 — Tech
References: audible & digitaltrends
Share on Facebook Share on Twitter Share on LinkedIn Share on Pinterest
Many Millennials will fondly remember reading through the original Choose Your Own Adventure (CYOA) series, which was published between 1979 and 1998. For a new generation—and nostalgic Millennials—the owners of the CYOA series, Chooseco, teamed up with Amazon's Audible for a new Amazon Alexa skill. With a compatible Alexa-enabled device, users will now be able to experience the interactive CYOA series as never before.

So far, titles like The Abominable Snowman and Journey Under the Sea have been made available as voice-controlled Choose Your Own Adventure experiences. As these adventures unfold, players will be tasked with choosing between two choices to progress, each of which will have its own set of consequences, some of which will end the story in failure or death. Fortunately, there are dozens of endings to be experienced, which means that there's a great opportunity to try new paths again and again.
4.9
Score
Popularity
Activity
Freshness
Access Advisory Services