Land of Chocolate
Next
Set of
Related
Ideas 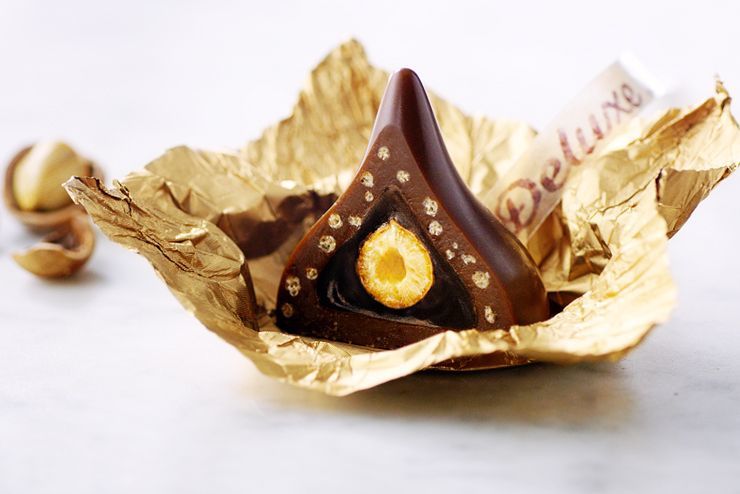 Hershey's is Releasing Chocolate Kisses for Christmas with Hazelnuts

Double the size of the original chocolates, this doesn't mean that you can't eat just as many. Instead of solid milk chocolate, these treats have a roasted hazelnut in their center as well as rice crisps speckled about the inside to give them a nice crunch. By using rice instead of wheat crisps, the chocolates will also be able to be marketed as a gluten-free option.

The final touch on these supersized Chocolate Kisses is a golden wrapper instead of silver, telling of its increase in quality and deliciousness.
4.8
Score
Popularity
Activity
Freshness