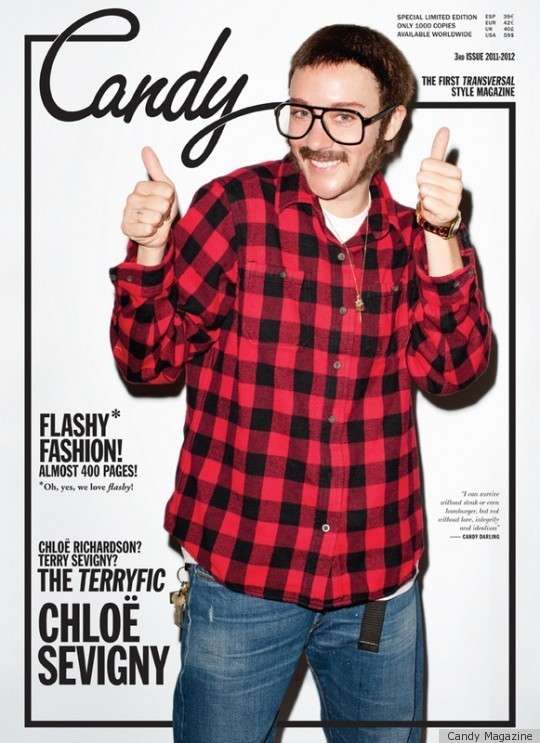 The Chloe Sevigny 'Candy' Cover is a Terry Richardson Disguise

Sporting the controversial lensman's iconic looks, the petite blonde actress is transformed into "the Terryfic Chloe Sevigny" -- a transgendered tribute to the prolific photographer. Candy, which launched in 2009, is "the first transversal style magazine," and saw much success in 2010 after featuring James Franco on the cover in drag, shot by Richardson himself.

No stranger to LGBTQ and androgynous themes, Sevigny is quite convincing as the photographer on the Winter 2011-2012 cover. With the actress set to star in a new British series, 'Hit or Miss,' in which she plays an Irish transgendered assassin, now is the perfect time to pick up the Chloe Sevigny Candy issue.
3.2
Score
Popularity
Activity
Freshness
Jeremy Gutsche Keynote Speaker