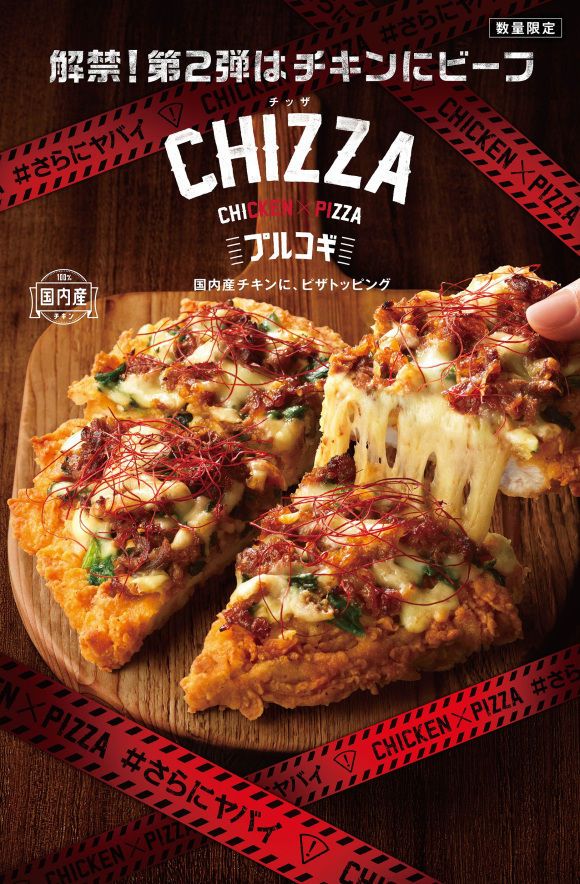 KFC's Chizza uses a round piece of fried chicken as a replacement for pizza crust, which is served with a variety of regular pizza toppings. While the first Chizza introduced a rather classic mix of marinara sauce, meat and mozzarella, the newest Chizza takes its culinary inspiration from Korea.

The all-new Chizza flavor takes cues from a traditional Korean dish called bulgogi. As such, the fried chicken pizza is loaded with portions of beef, chicken, spinach, mayonnaise and a generous amount of melted cheese to make it a true pizza. The experimental pizza-inspired chicken product will only be available from KFC in Japan as long as supply permits.
1.3
Score
Popularity
Activity
Freshness
Get Better and Faster

Fried Chicken Pizzas
The KFC Chizza is Available in Singapore