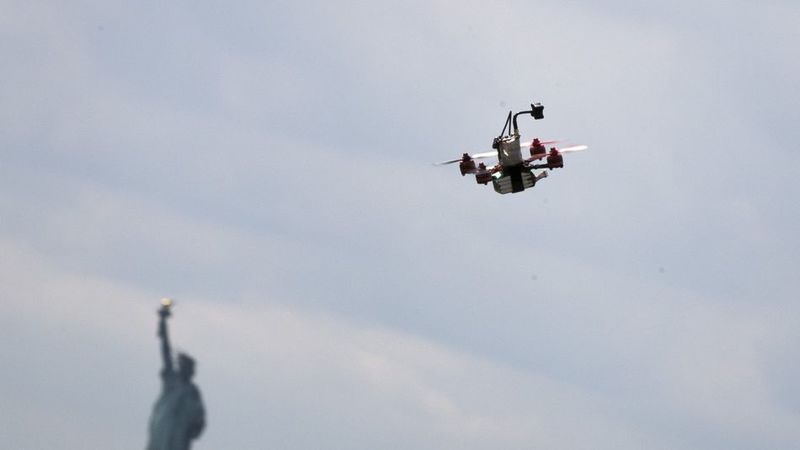 Virginia Tech's Campus Will Have Chipotle Delivery Drones This Year

Joey Haar — September 10, 2016 — Lifestyle
References: bloomberg & mashable
Share on Facebook Share on Twitter Share on LinkedIn Share on Pinterest
Project Wing, a delivery drone program funded by Alphabet, the parent company of Google, is bringing a wonderful service to students at Virginia Tech: Chipotle delivery drones. College students are well-known as Chipotle Mexican Grill's key clientele, and the new Chipotle delivery drones on campus will make getting a meal that much easier.

Rather than bringing the burritos to a specific location, the Chipotle delivery drones will bring them directly to the person who made the order by honing in on their smartphone's GPS signal. The drone will then lower them the burrito with a small winch.

Though delivery drones aren't a new concept, Dave Vos, the head of Project Wing, notes that this is "the first time that we're actually out there delivering stuff to people who want that stuff."
4.2
Score
Popularity
Activity
Freshness
View Innovation Webinars