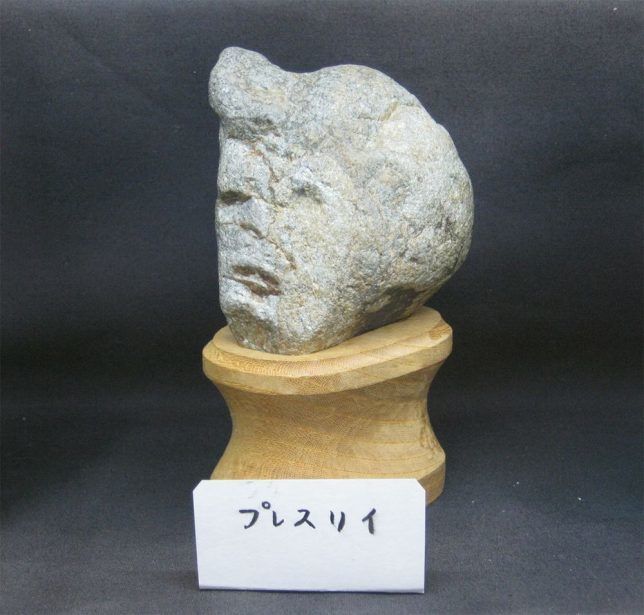 The 'Chinsekikan' Museum Features Rocks That Look Like Human Faces

Joey Haar — November 18, 2016 — Unique
References: www006.upp.so-net.ne.jp & weburbanist
Share on Facebook Share on Twitter Share on LinkedIn Share on Pinterest
Chinsekikan, an unusual Japanese museum, brings new meaning to the term "stone-faced." Rather than featuring pictures of stoic philosophers or good poker players, the stone faces in Chinsekikan are literally that: rocks and stones with natural divots and craters that make it look like they have human faces.

Chinsekikan, which means "hall of curious rocks" in Japanese, is located in a small space in Chichibu, Japan, about two hours northwest of Tokyo. The museum features over 1,700 rocks and stones of varying sizes and shapes. Some even look like familiar faces, including an Elvis rock and a Donkey Kong rock.

The museum demonstrates the power of pareidolia (i.e. the condition in which the mind perceives familiar patterns in inanimate object) on the human psyche.
3.5
Score
Popularity
Activity
Freshness
Get the 2023 Trend Report FREE

Historical Beer Museums
'Brew: The Museum' is Slated to Open in Pittsburgh in 2018
play_circle_filled