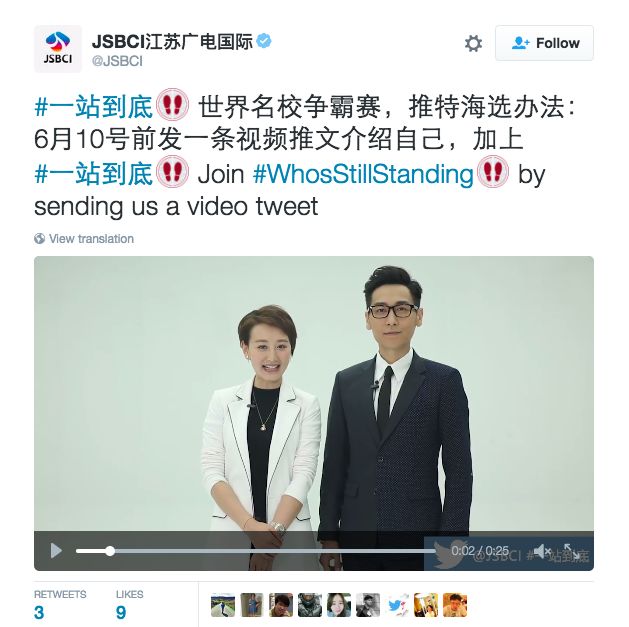 This Chinese Reality Show is Recruiting Contestants on Twitter

Laura McQuarrie — June 22, 2016 — Pop Culture
References: twitter & digitaljournal
Twitter is now working as the official international social media partner of the Chinese reality show 'Who's Still Standing' (known as Yizhan Daodi in China) in order to pique the interest of potential new contestants and viewers from around the world.

Who's Still Standing is a head-to-head trivia-style competition that will result in contestants winning travel prizes, home appliances, electronics or up to ￥400,000, or falling through a trap door.

As part of its new social strategy, the Chinese TV program became the first of its kind to get its own Twitter emoji. In order to apply to be on the show, Who's Still Standing is inviting people on Twitter to tweet to @JSBCI using the #WhosStillStanding tag and include a 30-second introduction video in Chinese.
1
Score
Popularity
Activity
Freshness