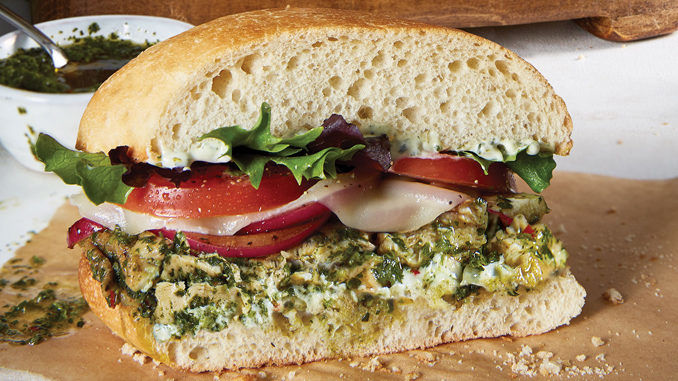 Katherine Pendrill — February 14, 2019 — Lifestyle
References: chewboom
With the growing number of consumers adopting vegetarian or even vegan diets, McAlister’s Deli's new meatless Chimichurri Sandwich is sure to be a popular dish. While it may look like just another deli sandwich, this new offering is completely meat-free.

The Chimichurri Sandwich is a brand-new offering from McAlister’s Deli and the chain's first-ever plant-based protein sandwich. Keeping in line with the deli's other offerings, the sandwich contains a slice of plant-based, chimichurri marinated protein, which is paired with balsamic onions, provolone cheese, tomato, spring mix, and chimichurri aioli. The whole thing is served on a toasted ciabatta bun, making it just as hearty as some of the meatier deli sandwiches.