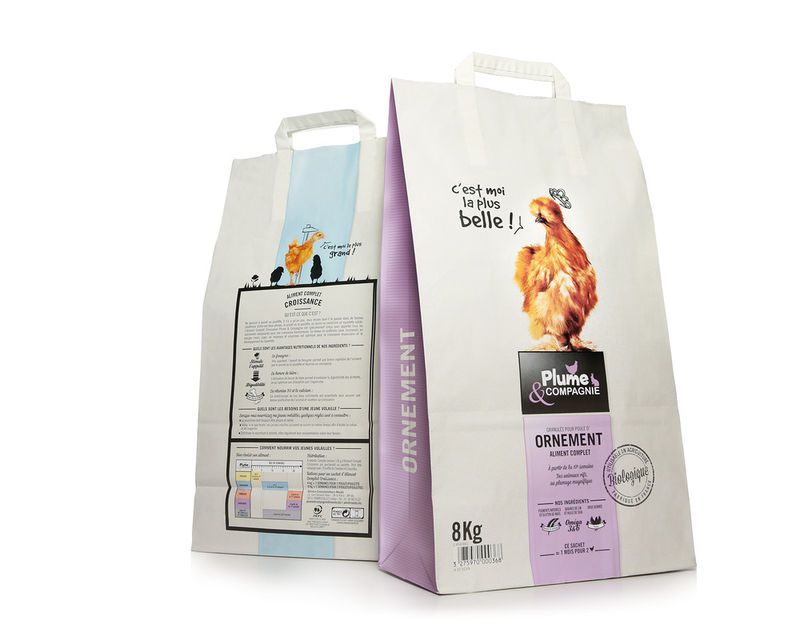 Laura McQuarrie — July 22, 2014 — Marketing
References: plumeetcompagnie.fr & thedieline
Share on Facebook Share on Twitter Share on LinkedIn Share on Pinterest
Most people are probably have no idea what a chicken feed bag looks like, but they should all be as stylish as Plume and Compagnie's. Instead of having a cozy, homespun feel, the animal feed product is modern and chic, with a bold, fashionable look that resembles some of the more upscale pet food packaging on the market. Despite the bags being very sophisticated, the feed bags are also quite playful, using bold black text and illustrations to provide character.

The packaging was developed for Plume and Compagnie by Brand Union Paris, introducing a new brand mascot that is represented a little bit differently on each package, like one pretty chicken that's shown with a crown topping her head on a violet bag. Plume and Compagnie describes that "To seduce these new urban consumers the idea was quite simple: who better than a chicken to talk about chicken food?"
2
Score
Popularity
Activity
Freshness
Access Advisory Services