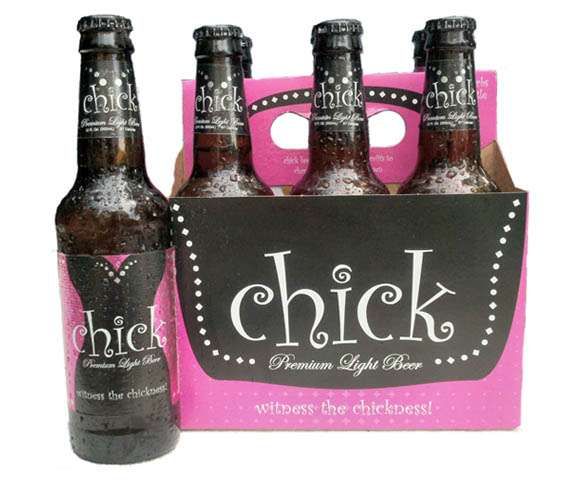 With "Witness the Chickness" serving as the slogan printed on the pink swirly packaging, it's no wonder that females are going to love this new brand. I know I already love it and I have no idea what this might taste like.

Apparently Chick Beer is a light beer with less carbonation than regular brews, made to appeal to females looking to not feel so full after a couple of drinks.

Chick Beer founder Shazz Lewis says, "Women consume 25 percent of all the beer in the United States. That's 700 million cases a year. I thought, 'This is really interesting, and why hasn't this segment of the market been addressed?" The more I got involved, the more I thought, "There's something to this.'"

I'm definitely intrigued by this concept, if only because of the cute packaging. The power of aesthetic appeal should not be underestimated.
4.1
Score
Popularity
Activity
Freshness
Get Trend Hunter Dashboard