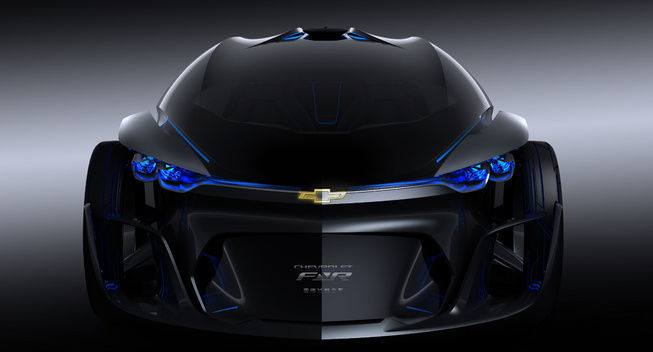 Meghan Young — April 20, 2015 — Autos
References: chevrolet & autoblog
Share on Facebook Share on Twitter Share on LinkedIn Share on Pinterest
As though straight out of a sci-fi flick, the Chevrolet FNR concept car is sleek, futuristic and full of intriguing features. Yet at its core, the Chevrolet FNR imagines what an autonomous, electric vehicle would look like. Unveiled at the Shanghai Motor Show, it was created by GM's Pan Asia Technical Automotive Center to appeal to young, Chinese consumers.

In addition to charging wirelessly, it boasts crystal lasers to generate the headlights and taillights, a radar in the roof to scan the surroundings for autonomous driving as well as iris recognition in place of a more traditional key lock. With an impressive interior design fit for the 'TRON' series, the front seats also swivel around to allow those in shot gun to more easily talk with rear passengers
6.1
Score
Popularity
Activity
Freshness
Get Better and Faster