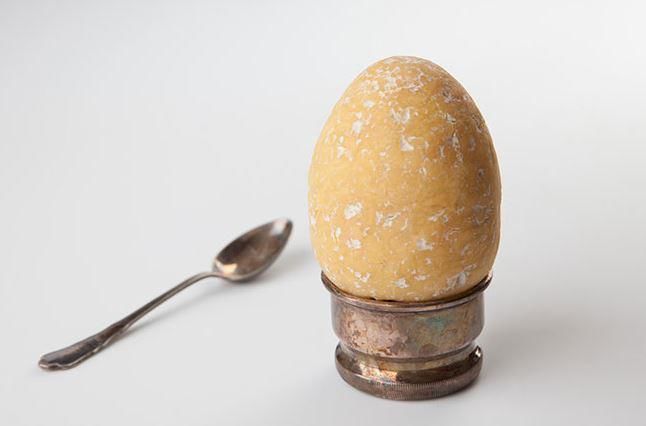 So Wrong It's Nom Released 'The Cheester Egg' for Easter

The 'Cheester Egg,' as it has been dubbed, serves as a replacement for chocolate Easter eggs that are commonly served and eaten around this time of year. The handmade solid egg-shaped cheese is made from a solid cheese that is said to be hard and crumbly, yet creamy, with a sharp flavor. The egg is being sold individually in the UK, as well as part of a festive hamper filled with treats for the holiday.