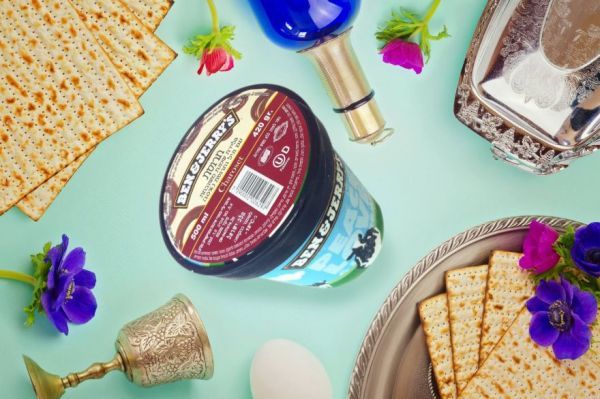 Meghan Young — March 26, 2015 — Lifestyle
References: benandjerrys & neatorama
Share on Facebook Share on Twitter Share on LinkedIn Share on Pinterest
Charoset Ice Cream is one of Ben & Jerry's latest flavors and comes just in time for Passover. Inspired by a traditional part of the Seder meal eaten during this time, Charoset is a paste made out of fruit, wine, and spices. Kosher as well, which would only be expected, the Charoset Ice Cream offers children and adults alike something different to enjoy for the important holiday.

Of course, the Charoset Ice Cream is something anyone can enjoy, whether they are Jewish or not. The only setback for some is that it's only available in Israel. Although there are couple different types of the mixture, Ben & Jerry's appeared to base their Charoset Ice Cream on the Eastern European version made from apples, walnuts, cinnamon, and some sort of sweetener like honey.
0.8
Score
Popularity
Activity
Freshness
Get the 2021 Trend Report FREE