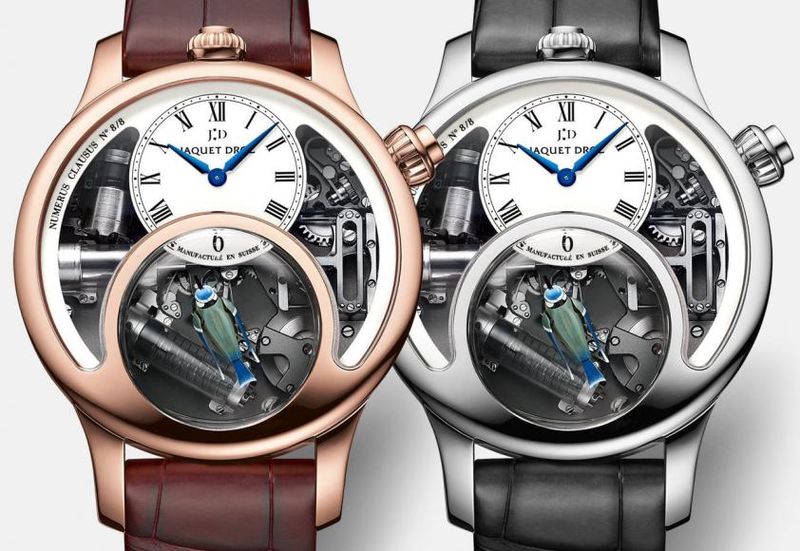 Justin Lam — September 27, 2018 — Fashion
References: ablogtowatch & luxurylaunches
Share on Facebook Share on Twitter Share on LinkedIn Share on Pinterest
Jaquet Droz is no stranger to intricate luxury timepieces and its two new editions on the Charming Bird watch showcase the brand's history of exemplary design abilities. First introduced in 2013, the Charming Bird watch carries the distinct capability of being the first, and only, watch to feature a singing mechanical bird. The 2018 editions of the watch keep this iconic feature but now give buyers the choice of purchasing the watch in red-gold or white-gold. However, fans of the timepiece will have to act quickly as the watch is limited to just eight pieces for each version.

The watch itself comes with a 47mm case with the watchmaker's signature figure-eight design. There are two separate movements in the timepiece, one powering the clock and the other running the singing mechanical bird. The bird in the watch can run for 40 seconds before having to be wound and moves around, flaps its wings, and sings.