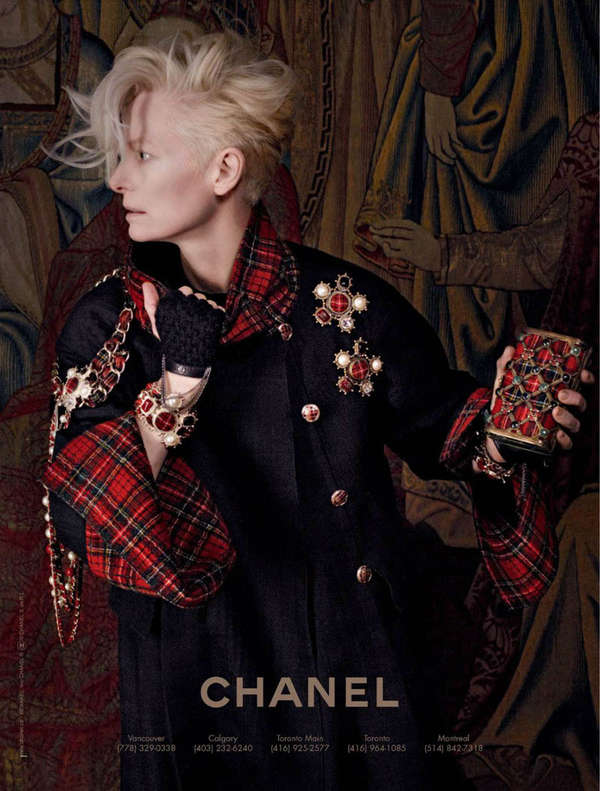 Meghan Young — May 28, 2013 — Fashion
References: chanel & fashiongonerogue
Actress Tilda Swinton has always been the eccentric darling of the fashion industry, but lately she has been flexing this special treatment more over the last few months; her latest stint being an ad campaign for the Chanel Pre-Gall 2013 Paris-Edimbourg collection. Considering that it is inspired by the Scots, it is only natural that she would be tapped for it.

The Chanel Pre-Gall 2013 Paris-Edimbourg ad campaign was shot by famed creative director and photographer Karl Lagerfeld. Captured against a backdrop of medieval tapestries, the images are dark and moody, which is the perfect tone for the transitional season. Swinton is her usual mysterious self for the photoshoot. All blonde hair and deep dark eyes, a person may find themselves lost in the ad campaign.
3.9
Score
Popularity
Activity
Freshness