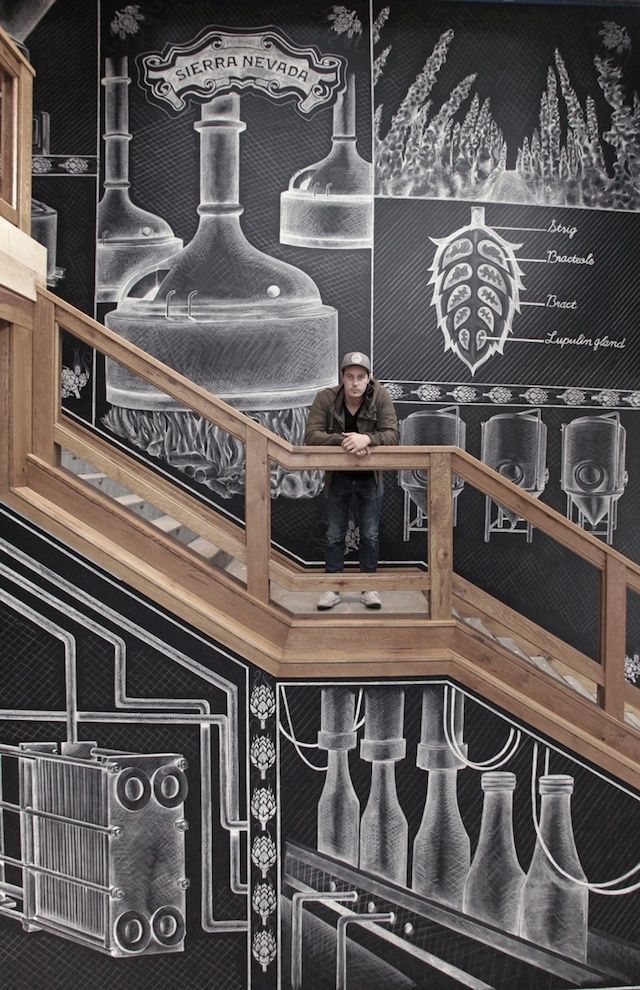 Meghan Young — October 3, 2014 — Art & Design
References: benjohnston & fubiz.net
Adding artistic and youthful aesthetics to public spaces is one way to attract millenials to different establishments; enter the chalk mural by Ben Johnston, an artist and designer based in Toronto, Canada. A highly visual generation that is very much focused on a gorgeous backdrops to take those selfies against, this chalk mural will inspire a lot of foot traffic while also enhancing the overall interior space of the bar it is located in.

Commissioned by Sierra Nevada, a bar located in Asheville, United States, the chalk mural measures nearly 1600 square feet and was completed in three weeks. Full of detail and dimension, it gives the illusion of a brewery while also adding some other elements including leaves and flowers.
1.6
Score
Popularity
Activity
Freshness