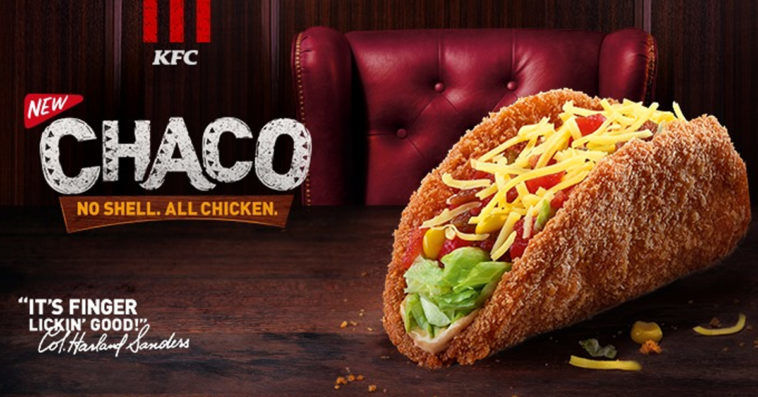 Earlier this month, KFC Philippines introduced the Chaco. In true KFC style, the dish consists of a taco shell made from a fried chicken filet. Inside the crunchy shell, the taco is filled with shredded lettuce, corn, salsa, cheese, and taco-spiced mayo. The new dish is available on its own or as part of a Fully-Loaded meal that combines fried chicken and spaghetti.

While KFC is no stranger to over-the-top foods, its latest offerings have primarily been takes on popular Mexican dishes.