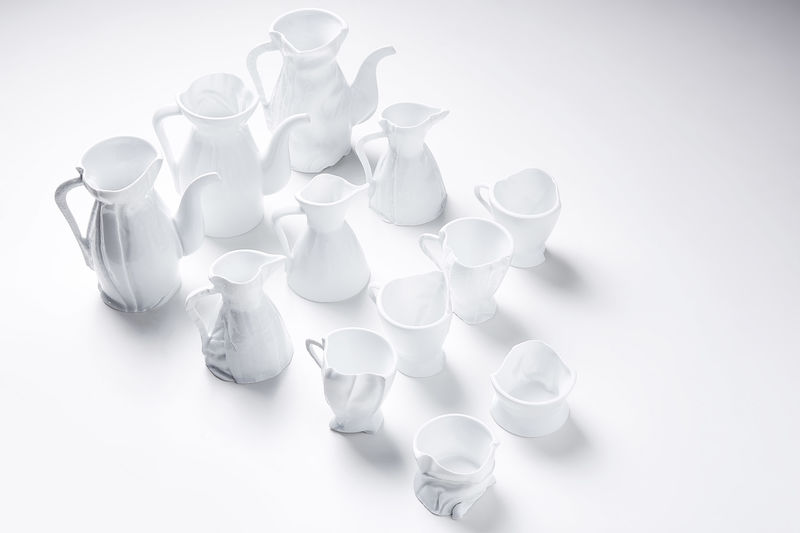 Many industries, especially beauty and fashion businesses, are embracing the flaws that one is born with. Zhekai Zhang takes a similar approach but with ceramic homeware. The minimalist collection of teapots, jugs and cups is partially collapsing due to the young designer's formation technique and strategy. The white-glazed pottery is made with an experimental mold, where half of it is made from fabric. This instills a "partially unmolded" appearance in the ceramic homeware collection.