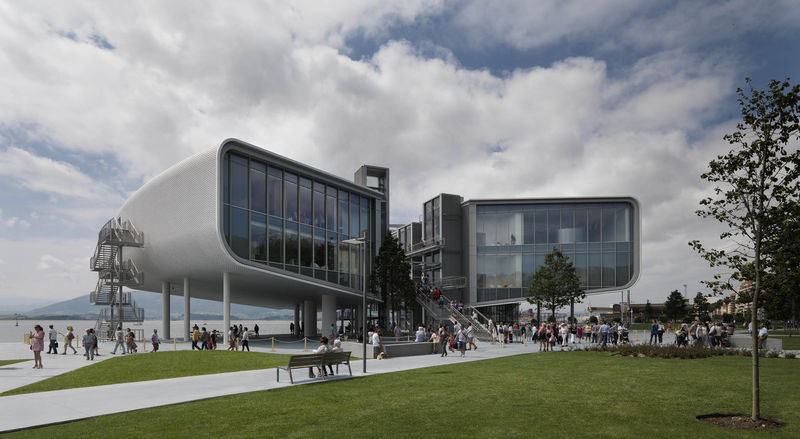 Joey Haar — July 6, 2017 — Art & Design
References: archdaily
Share on Facebook Share on Twitter Share on LinkedIn Share on Pinterest
Centro Botin, a newly built art, culture, and education center on the edge of the Spanish Bay of Satander, looks as though it couldn't possibly be able to stand. The building complex, which consists of two detached wings, is supported by what stilts that look far too thin to be able to support the massive structure. However, the combination of extremely strong materials and a surprisingly light main building keeps Centro Botin both standing and striking.

The Centro Botin is named after Emilio Botin, the president of Banco Santander (one of the largest banks in Spain). The late philanthropist's Botin Foundation provided funding for the buildings — it has a mission of fostering social, economic, and cultural development in the province of Cantabria, and so a cultural center is an apt project.
1.4
Score
Popularity
Activity
Freshness
View Innovation Webinars