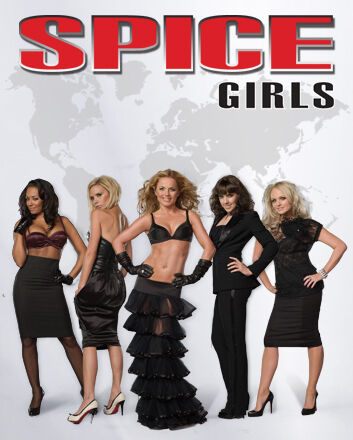 The Spice girls launched their blog in October and have since taken turns writing entries. The most recent posts include, "Geri talks about a fashion trip and the tour" from January 16, "Melanie C on new year fun and returning to the stage" on January 6, and from December 24 2007, "Victoria on Madrid, Manchester & a lost Spice bracelet."

David Beckham's latest blog entry reads, "Hello everyone, I know, another blog so soon, but after my game yesterday I couldn't wait to let you know how I felt." Uhh... that post went up on August 16, 2007. So much for keeping his fans in the loop!

Upon opening Matthew McConaughey's blog, a chill song by Mischka begins playing. He calls the site J.K. Livin', the J standing for "just" and k for "keep." Unlike Becks, he actually updates. The latest entry was on January 18.

His January 15 entry reads, "Got some blessed news... a celebration of life and bounty... a newborn conceived... yes; my girlfriend Camila and I made a baby together... its 3 months grown in her womb and all looks healthy and lively so far... we are stoked and wowed by this miracle of creation and this gift from God, and so excited for the adventure that will come in raising this child..."