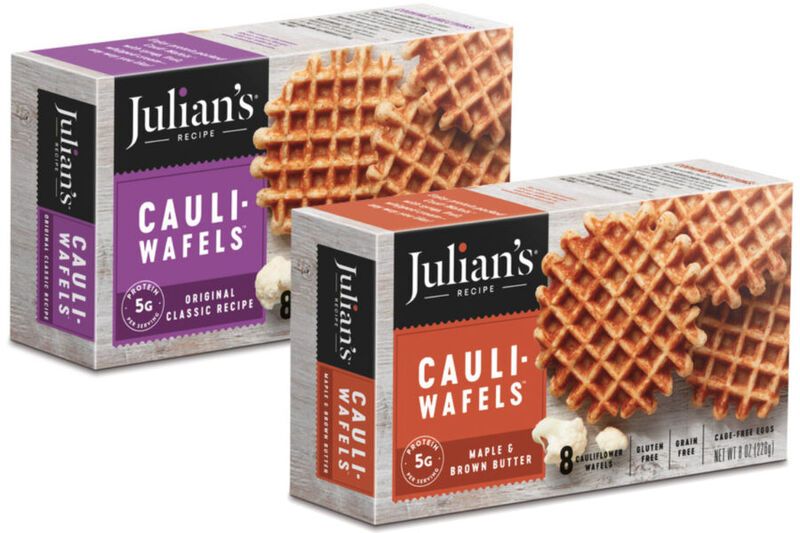 The nourishing waffles based on the classic European Wafel recipe share five grams of protein per each two-waffle serving, which can be enjoyed in varieties like Original and Maple & Brown Butter. The brand also sells Cauli-Wafels breakfast sandwiches, which could be recreated with the regular Cauli-Wafels and a few additions.

Cauliflower, an ingredient that now forms the base for everything from pizza crusts to crackers, is now also being worked into baked goods with sweet flavors.
4.6
Score
Popularity
Activity
Freshness
Get the 2021 Trend Report FREE

Cauliflower-Based Burgers
The Dr. Praeger's Cauliflower Veggie Burger is Made with Six Vegetables