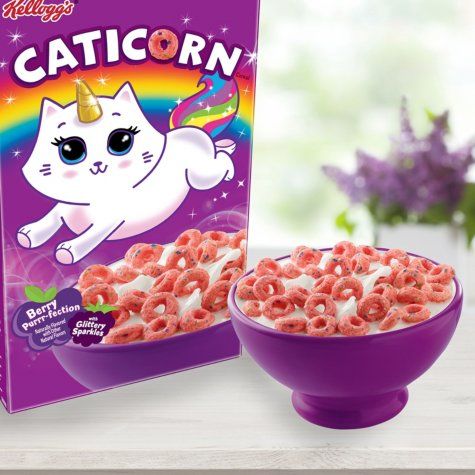 Kellog's is Selling a Caticorn Cereal Dusted with Edible Glitter

Caticorn Cereal is a new breakfast cereal from Kellog's that boasts the image of a hybrid cat-unicorn on the front of the box. Naturally, the cereal itself is bursting with sparkles in the form of berry-flavored O’s dusted with edible glitter.

However, just like unicorns, this cereal might be a rare sighting. The cereal is a limited-edition product that is only available at Sam's Club until March. Afterward, you can find the pretty pink cereal at other stores like Walmart until the end of April.