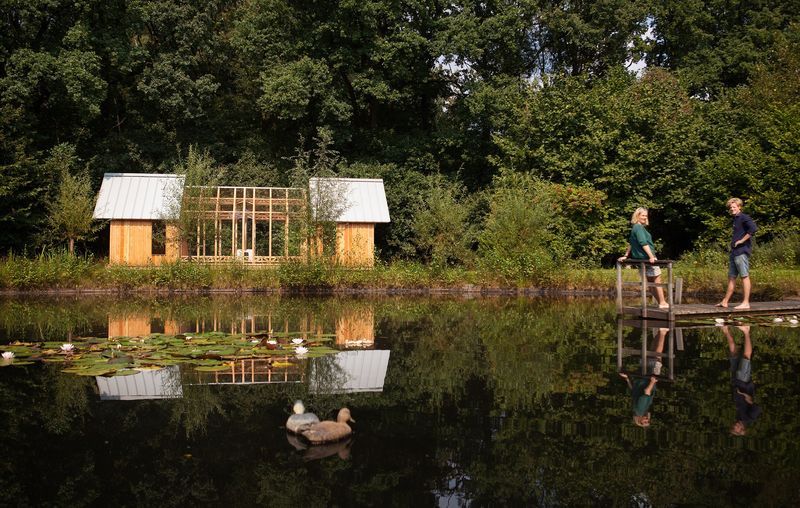 Joey Haar — October 18, 2016 — Art & Design
References: dezeen
Share on Facebook Share on Twitter Share on LinkedIn Share on Pinterest
Despite having no formal background in architecture or design, Casper Schols decided to push the boundaries when his mother asked him to build a multi-use pavilion on the side of the family's pond in Eindhoven, Netherlands. Since the space was meant to host dinner parties with friends, theater performances by grandchildren, and other hobbies like painting and meditation, Schols managed to give it a modular design that features sliding walls.

Garden House, as Casper Schols named the building, is a gabled structure built from douglas fir and an aluminum roof. Though it looks like a standard garden shed when fully closed, Garden House's inner walls are separated from its outer walls, allowing them to slide into various formations with a firm bout of pushing from one of the more hale Schols children.
6.6
Score
Popularity
Activity
Freshness
Jeremy Gutsche Keynote Speaker