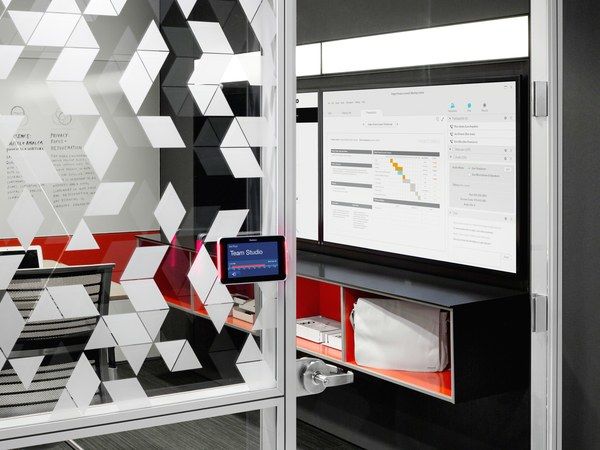 Joey Haar — January 30, 2017 — Art & Design
References: steelcase & wired
Share on Facebook Share on Twitter Share on LinkedIn Share on Pinterest
Steelcase, an office equipment company, created a new type of window coating called 'Casper Privacy Film' that eliminates one of the key concerns in an open-concept office. The invisible film can be applied to any window, and it blocks out the light coming from any LED and LCD screens on the other side of that covered glass.

The theoretical backing behind open-concept offices is one of transparency, both literally and metaphorically. However, there are some things that need to remain private in any office, such as strategy information, budget numbers, or personal reviews, to name a few. Open-concept meeting rooms are often enclosed in glass walls, making it difficult to hold private meetings. With Casper Privacy Film, businesses can adhere to the transparency of an open office while still keeping information concealed if necessary.
7
Score
Popularity
Activity
Freshness
Access Advisory Services