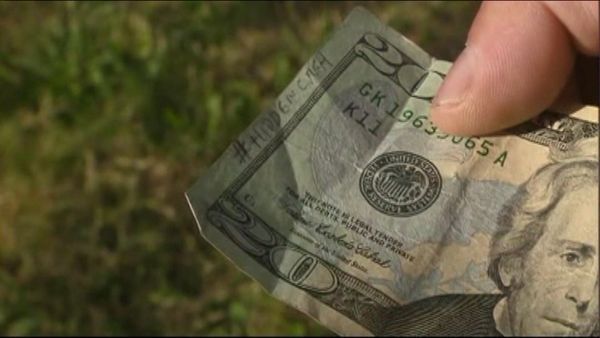 Michael Baxter — May 30, 2014 — World
References: designtaxi & neatorama
If you're a Twitter user in the San Francisco area with some time to spare, you could go on a cash hunt for some spare change. By spare change, I mean an anonymous millionaire has been giving out free $100 bills to Twitter users.

Twitter user Hidden Cash has created a sort of scavenger hunt. The clues are all on the Twitter and the money is all hidden in the San Francisco area, so those that want to get involved can do so quickly and easily. While some may be better than others at deciphering clues, it won't be the clues that you're up against, it will be the other people trying to get the money before you.

All in all, the project is an interesting social experiment and a fun way to get out in the sun and explore San Francisco.
5.5
Score
Popularity
Activity
Freshness