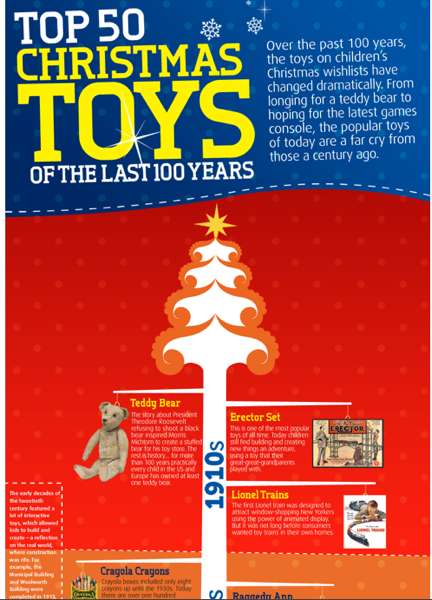 The holiday shopping rush is on and there are more than a few covet-able and cuddle-able toys being desperately sought out all in an effort to avoid a torrent of tears on Christmas morning. Every year, news spreads about a toy that children all over the world are insistently begging for. The toy has been circled in countless toy catalogs and all eight drafts of your child's wish list bear the toy's name in capital letters. Worthy of hair pulling, bribes and violent behavior, these toys turn department stores into pure pandemonium.

This may appear as a modern occurrence, but this Cash Generator infographic proves that materialism and Christmas have gone hand-in-hand for several years now. Tracing these wildly popular toys as far back as the legendary teddy bear at the turn of the century, this infographic proves that, for at least a century, parents have been at the mercy of their child's holiday whims.