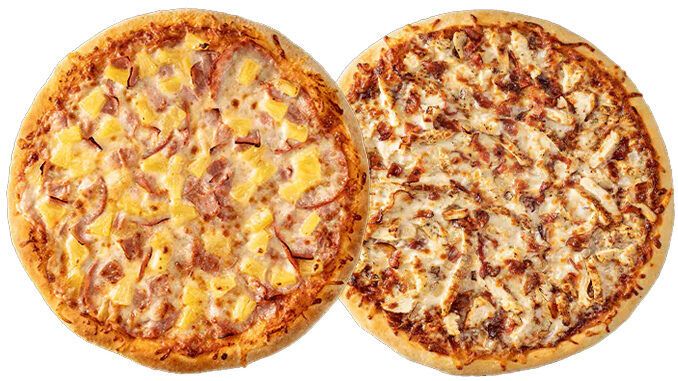 Michael Hemsworth — June 1, 2021 — Marketing
References: caseys & chewboom
Share on Facebook Share on Twitter Share on LinkedIn Share on Pinterest
These new Casey’s pizzas are being launched by the brand ahead of summer to offer patrons with a way to celebrate the warm weather season with several themed pizzas to choose from. The pizzas include the BBQ Chicken Pizza and the Ultimate Hawaiian Pizza, which are both made on the brand's signature pizza crust. The BBQ Chicken Pizza boasts a BBQ sauce base along with grilled chicken, onions, smoked bacon and mozzarella cheese, while the Ultimate Hawaiian Pizza is made with marinara sauce, Canadian bacon, ham, pineapple and mozzarella cheese.

The new Casey’s pizzas are being launched with a Buy One, Get One Half Off deal for its large pizzas that can be accessed by simply using the code BOGO at checkout.