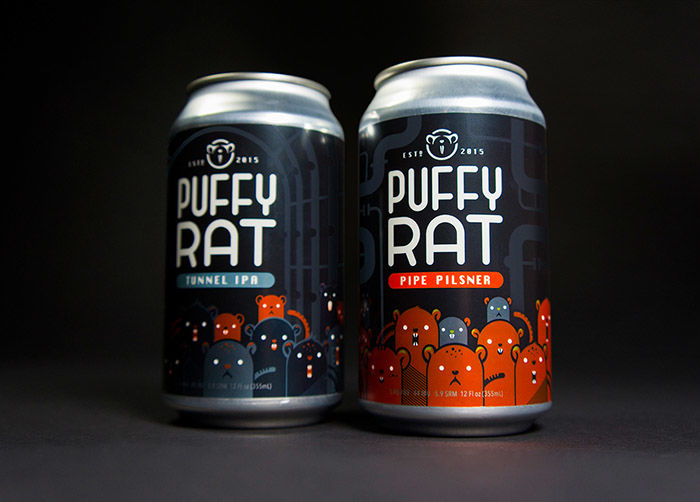 Ady Floyd — June 3, 2015 — Lifestyle
References: prosite & packageinspiration
The Puffy Rat brewing company teamed up with designer Ning Li to design its dark colored labels with cartoon rats. The inspiration came from Brooklyn, where the beer is produced. Li used Brooklyn's reputation of being a rat-infested city to create a cheeky and humorous critter-infested packaging idea.

The cartoon rats show a cute side to the beer while still maintaining a professional vibe with dark colors. The packaging that encases the canned beers is completely black, with the use of dark red and dark blue lettering to describe which flavor the beer is. The brand's name, Puffy Rat, is written in white so it stands out.

Along the bottom of the can is a clan of orange and black rats. They are cartoon-like in the shape of the can. Small cylindrical rats with blank stares are scattered along the bottom half of the package.
2.3
Score
Popularity
Activity
Freshness