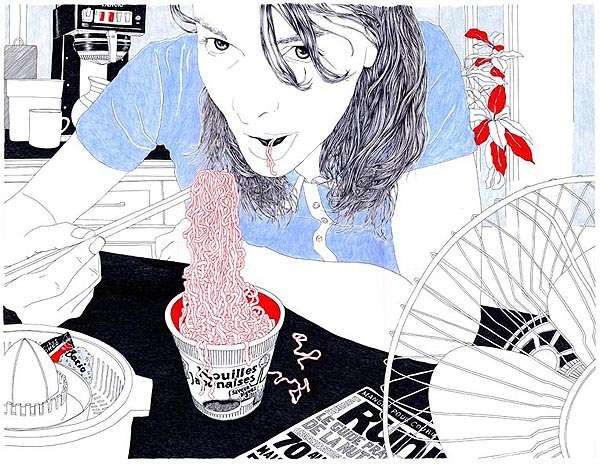 Meghan Young — June 19, 2012 — Art & Design
References: carinebrancowitz & visualnews
Share on Facebook Share on Twitter Share on LinkedIn Share on Pinterest
Children and adolescents have always had an inkling of what ballpoint pens were capable of as they doodled in their notebooks during boring classes, but Carine Brancowitz is the one who has taken their doodles to the next level. Armed with a seasoned artistic maturity, Carine Brancowitz has transformed the common doodle into intricate illustrations worthy of being displayed in an art gallery.

Working with a primary color palette, Carine Brancowitz's work is crisp with rich detail. Focusing on somewhat mundane scenarios such as smoking, eating and simply standing, she manages to convey a slew of emotions and underlying tensions in each image.