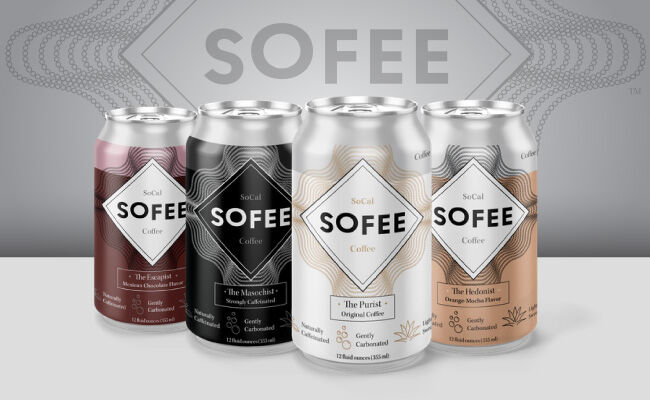 Laura McQuarrie — September 7, 2020 — Lifestyle
References: sofee.co & bevnet
Share on Facebook Share on Twitter Share on LinkedIn Share on Pinterest
Sofee appeals to coffee lovers and carbonated beverage fans alike with its slightly sweet carbonated coffee drinks. The beverages are available in a handful of varieties, including The Purist, The Masochist for those who love a heavy dose of caffeine and The Hedonist, which combines the taste of coffee, orange and chocolate. Similarly, The Escapist also shares a taste of chocolate with notes of cinnamon and pepper.

The canned coffee beverages were inspired by a passion for homebrewing beer and roasting coffee beans. As founder Chad Hazen describes: "I figured there was an intersection between the two, so I kegged some cold brew with a bit of sweetener and skipped the fermentation."

Sofee also offers The Alchemist cold brew with creamy, non-dairy oat milk and The Nihilist, which boasts no sugar or carbs.