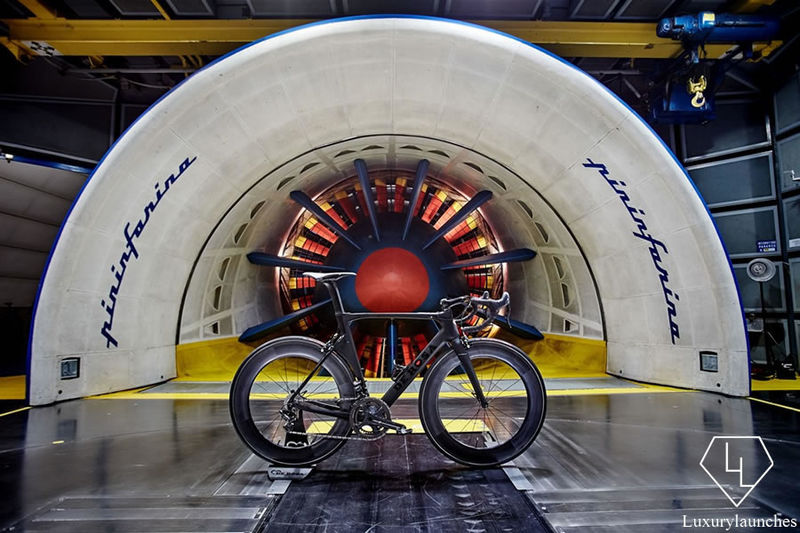 Cadhla Gray — September 7, 2015 — Eco
References: slashgear & luxurylaunches
Share on Facebook Share on Twitter Share on LinkedIn Share on Pinterest
Cycling has become increasingly popular with its economic and environmental benefits; however, this carbon fiber bike brings an added element of style that cycling had been missing. While more city-dwellers are picking up this mode of transportation, there are still some who prefer the style, sleekness and power that automobiles provide. For those, bicycle and car designers De Rosa and Pininfarina collaborated to create this carbon fiber bike to convert them.

This De Rosa SK Pininfarina bike was unveiled at Eurobike, an international bike show in Germany. Proving to be sleek and powerful, this carbon fiber bike was tested in wind tunnels to reduce its drag. Its black shiny frame gives it a bold look rivaling that of many new cars on the market. Lastly, much lighter than any car, or bike for that matter, the carbon fiber bike comes in at just 6.5 kg.