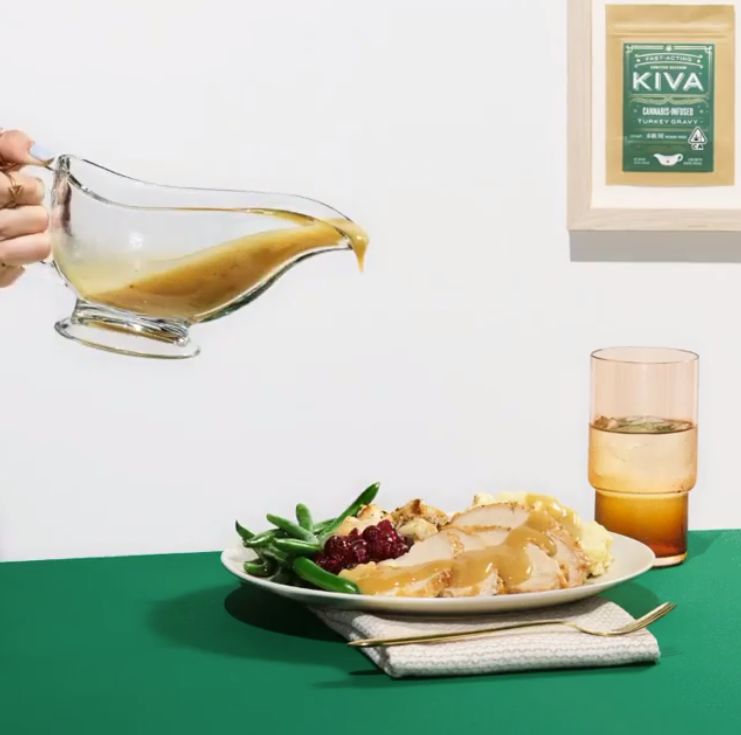 Kiva Confections Attempts to Ease the Holidays with Cannabis Gravy

For the cannabis gravy, Kiva Confections also used "cutting-edge technology that bypasses edibles' normally lengthy trip through the liver," which will apparently guarantee that the high will begin within "a groundbreaking two to 15 minutes."

Consumers who were interested in buying the cannabis gravy, which was limited edition, could do so through the Sweet Flower shops in Los Angeles and the Grass Roots stores in San Francisco. The launch was exclusive.