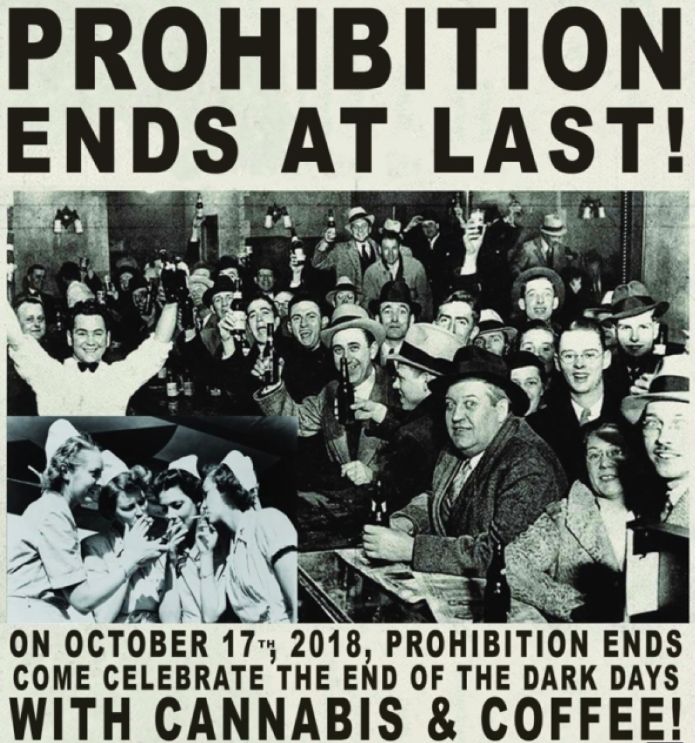 Riley von Niessen — October 15, 2018 — Marketing
References: cannabisandcoffee
Share on Facebook Share on Twitter Share on LinkedIn Share on Pinterest
On October 16th, Cannabis & Coffee and The Benevolent Stoner will celebrate the end of marijuana prohibition in Canada with a scavenger hunt, which will feature 15 stations at different partner locations around the city of Toronto. The scavenger hunt will kick off at 4:20pm, and will conclude at midnight -- when recreational cannabis is officially legalized.

Throughout the scavenger hunt, participants will have to photograph over 100 items while following a list of clues that will lead to their next stop. Eventually, these clues will lead to the final location, where the first winners to arrive will be awarded cash prizes. In addition to awarding the quickest participants, Cannabis & Coffee will also offer cash prizes to those who dress up in the best costumes.

Those interested in participating can meet at Cannabis & Coffee at Front Street and Blue Jay Way prior to 4:20pm on the 16th.
4.4
Score
Popularity
Activity
Freshness
Get Better and Faster