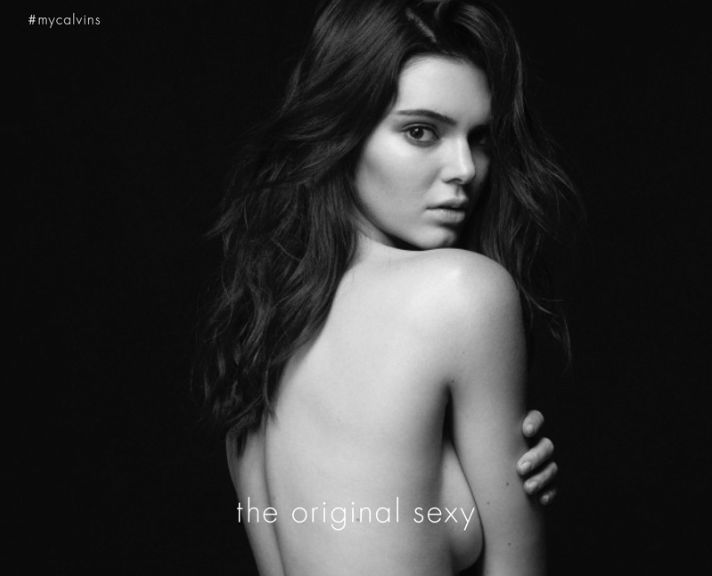 Meghan Young — July 9, 2015 — Naughty
References: calvinklein & fashiongonerogue
Share on Facebook Share on Twitter Share on LinkedIn Share on Pinterest
The Calvin Klein Underwear ad campaign is fronted by none-other-than Kendall Jenner herself. Joining top models Joan Smalls, Isabeli Fontana and Edita Vikeviciute in a series of black and white images, the brunette beauty is captured in nothing more than lacy bras and underwear -- which is, of course, completely the point of the campaign.

Shot by photographer Mikael Jansson, the Calvin Klein Underwear ad campaign focuses on the tag line, "The original sexy." Melisa Goldie, Chief Marketing Officer of Calvin Klein, Inc., says, “Calvin Klein originated sexy and we’re going to reclaim, re-imagine and re-image it." Through the series of dark and simple imagery, it's clear that the brand doesn't need much to embrace this sensual attitude. That is, beyond the help of a handful of the hottest models around.