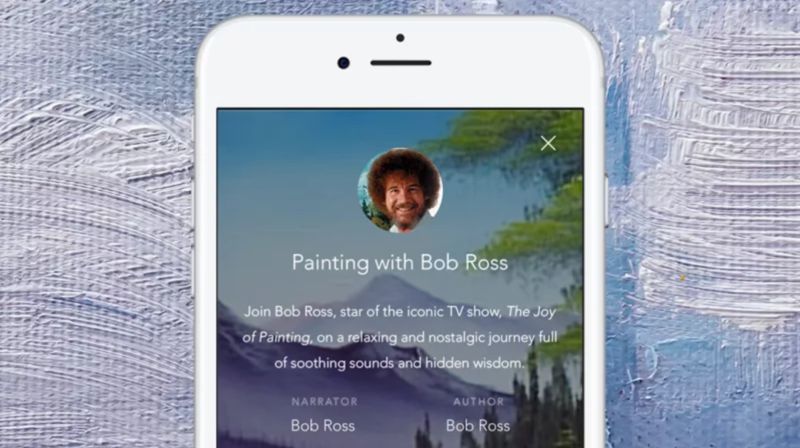 Calm.com is Offering Audio from an Episode of 'The Joy of Painting'

Joey Haar — June 14, 2018 — Lifestyle
References: calm & gizmodo
Share on Facebook Share on Twitter Share on LinkedIn Share on Pinterest
Bob Ross, the late host of PBS's hit series 'The Joy of Painting', brought his inimitable charm to millions during the show's run through the 80s and 90s, and meditation platform Calm.com is looking to bring some of that to a modern audience. The app has officially licensed audio from an episode of the Joy of Painting, and it's encouraging its users to access the audio as a sleep aid.

The Joy of Painting's success is especially staggering when one considers the shows content without any context. Every single episode simply features Ross sitting in a dark studio and painting a nature scene while completely alone, narrating as he went. But Ross' serene, laid-back philosophy and knack for making complex painting look simple resonated with a large audience. In audio form, Calm.com is aiming to bring some of that back.
4.2
Score
Popularity
Activity
Freshness
View Innovation Webinars