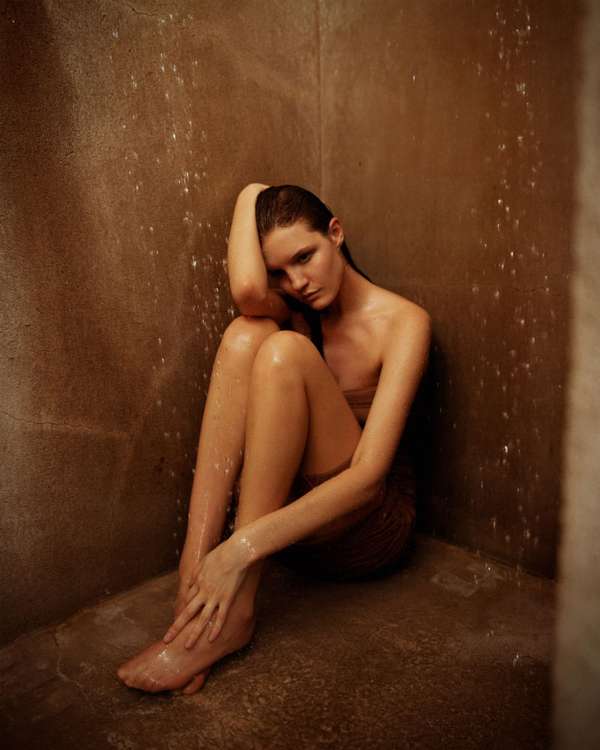 Vika Kuropyatnikovae is Wet and Wonderful for Cake Magazine 4

Jordan Sowunmi — July 21, 2011 — Fashion
References: cake-mag & fashiongonerogue
Vika Kuropyatnikovae is a 25-year-old Ukrainian supermodel who dominates the Cake Magazine #4 issue in an editorial that sees her calm, cool, and collected as she poses in wildly disparate sections of a gorgeous, oversized loft and studio space.

Shot by Brazilian-born, New York-based photog Gustavo Marx, the Vika Kuropyatnikovae Cake Magazine #4 shoot features the Ford Models representative dressed down in a series of light, lush, skin-baring outfits that show the svelte figure that has made Kuropyatnikovae one of the go-to models for designers like Alexander Wang, Dolce & Gabbanna and Diane Von Furstenberg in Fashion Week runway shows over the last three years.

My favorite image from the Cake Magazine #4 shoot sees Vika with her back leaned up against a wall, clad in a dress with the stockings pulled up. Vika wears a detached but fierce expression on her face and exudes raw, unbridled sex appeal.

The Cake Magazine #4 issue is on newsstands now.

Implications - In a day and age where marketing often spreads from user to user through social media and online forums, one of the most effective ways a company can garner attention for its brand is through sexually charged advertising. By eschewing safe and conventional marketing in favor of an edgy, sexually charged one, the company establishes itself as one that is unafraid of controversy and values sensuality. This will draw interest from fashionistas, critics of the ad's sexual content, and the media alike.
6.6
Score
Popularity
Activity
Freshness