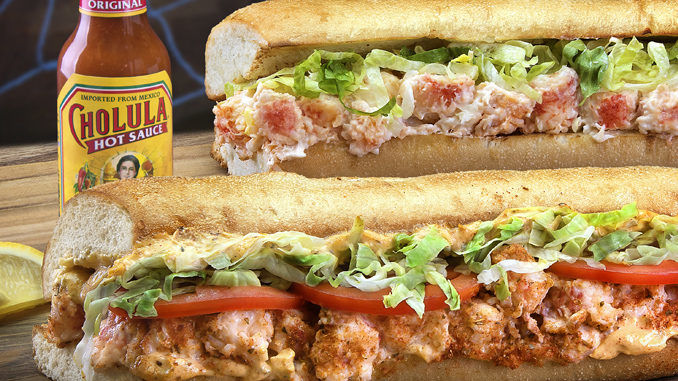 The Quiznos Cajun Lobster Sub is Here for a Limited Time

Michael Hemsworth — February 12, 2020 — Lifestyle
References: quiznos & chewboom
The Quiznos Cajun Lobster Sub has been announced by the brand as a new seafood-focused sandwich that's sure to grab the attention of patrons seeking out a new kind of menu item to try out. The sub is being launched alongside the returning Lobster & Seafood Sub, and is made with Cajun-seasoned lobster salad, shredded lettuce, tomatoes and a house-made Cajun aioli that features Cholula hot sauce. The sub is served on butter-toasted bread and served with a lemon wedge for patrons to squeeze on prior to consumption.

The Quiznos Cajun Lobster Sub is available now at participating locations nationwide, but only through May 4, 2020. The sandwich is being released just in time for the Lent season to offer consumers who observe the holiday with an alternative option to poultry and beef.