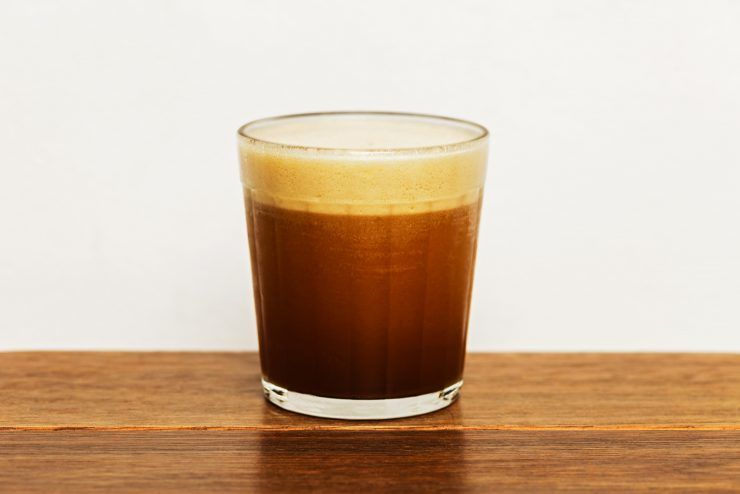 Joey Haar — February 23, 2018 — Lifestyle
References: facebook & sprudge
Share on Facebook Share on Twitter Share on LinkedIn Share on Pinterest
Cafe Secreto, an independent coffee shop in Rio de Janeiro, Brazil, was looking for a way to take advantage of its local environment, and the resulting beverage is a caffeinated encapsulation of the South American beach bacchanal. The cafe's signature drink, the Tropicalia, is like an iced americano, but instead of mixing espresso with hot water, Cafe Secreto's brew is mixed with fresh coconut water.

When initially theorizing its creative beverage, Cafe Secreto looked to use coconut water as the base of the drink. The baristas brewed espresso using coconut water directly, but they found that the flavors didn't mix quite right. By pulling a normal shot of espresso and pouring that into an icy cup of coconut water, the flavors better harmonize, leading to a drink that's great both on the beach or on the go.
3.7
Score
Popularity
Activity
Freshness
Get Better and Faster