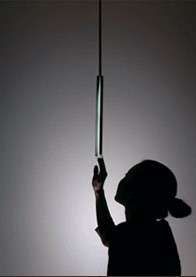 "The concept of the Butterfly Light was ignited from the idea of folding a piece of paper," according to Trendinsights. "The function of its adjustment of light and the space created, are a result of simple action of one surface (the panel) being divided by two. The two panels with slight shifts to each other at its closed position remind a user to open this object up. This light gives the poetic theme to the space like a butterfly flying around with silence."

Recyclable Unisex Tracksuits
Part of the 'Made to Be Remade' Line, This Tracksuit Can Be Reused