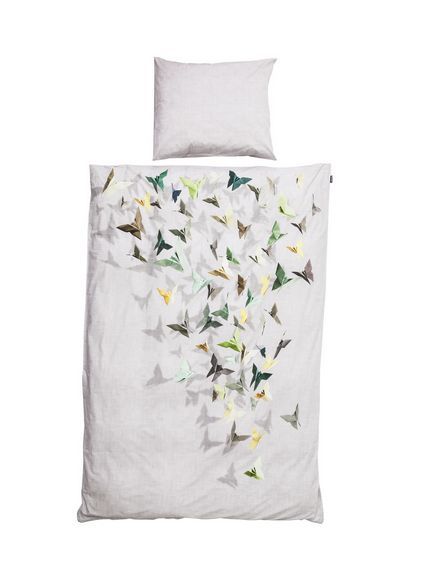 Snurk Designs a Whimsical and Crafty Blanket for Dreamers

Meghan Young — October 30, 2014 — Art & Design
References: snurkbeddengoed.nl & fancy
Share on Facebook Share on Twitter Share on LinkedIn Share on Pinterest
The butterfly duvet cover is not as grandmother-ly as people might first expect. Instead of depicting images or representations of actual butterflies, it gives them an origami spin that is much more crafty than feminine. Granted, craftiness is often associated with femininity as well. Modern and pretty, the butterfly duvet cover will appeal to a wider audience, both young and old.