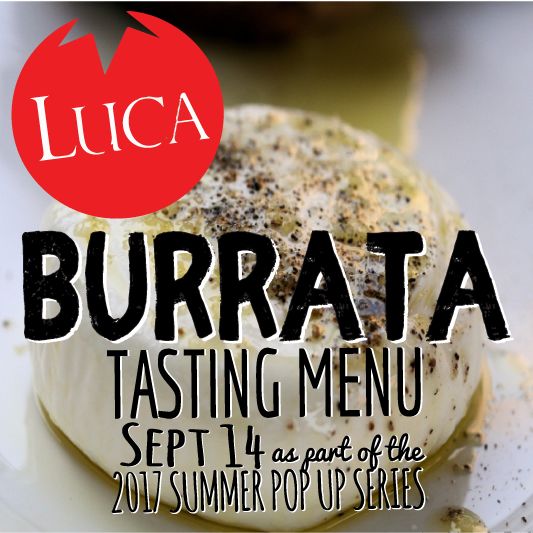 Joey Haar — June 26, 2017 — Lifestyle
References: bonannoconcepts & theknow.denverpost
Share on Facebook Share on Twitter Share on LinkedIn Share on Pinterest
Luca, the upscale Denver Italian restaurant run by serial restaurateur Frank Bonanno, is hosting a series of summer pop-ups that will culminate with a burrata tasting menu. The mozzarella-like cheese is enjoying the spotlight this season, and Luca will only bring it further to the fore with a four-course meal in which each dish features burrata. Though the specifics of the menu items won't be released for another several weeks, Luca's chefs are hard at work thinking up various ways to make use of the cheese.

To be sure, the other summer pop-ups Luca's offering don't focus on a single ingredient nearly as intently. The first pop-up will be an Italian family-style feast with large sharing dishes passed around the table, the second is a five-course pasta meal, and the third is a tapas-style tasting menu called 'Luca by the Bite.'
1.9
Score
Popularity
Activity
Freshness
Get Better and Faster