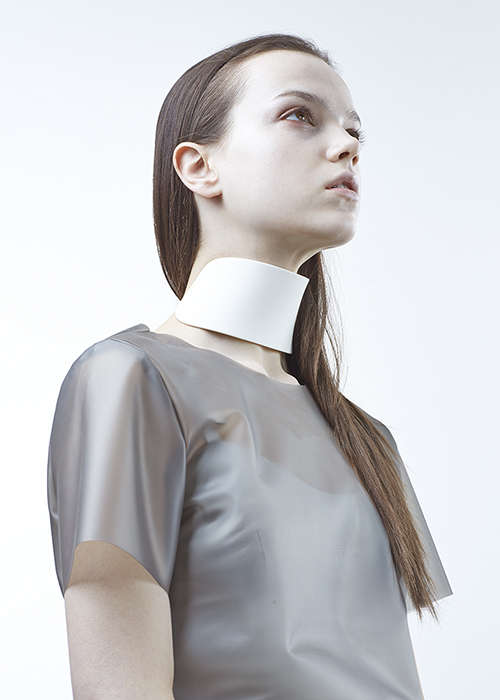 Meghan Young — August 13, 2013 — Fashion
References: lecreativesweatshop & behance.net
The images in the Bullett Magazine 'Error404' editorial look like they summarize the wardrobe for the latest sci-fi blockbuster flick. Stark and sterile, the models could easily be taken for young scientists or the inhabitants of a utopian society. Whatever the case may be, it is undeniable that the looks are anything short of futuristic.

Shot by photographer Mathieu Missiaen, the Bullett Magazine 'Error404' editorial was styled by Morgane Nicolas, who stuck primarily to an all-white wardrobe. The neutral looks were complemented with equally minimalist accessories, which were all designed by Parisian studio Le Creative Sweatshop. Model Jenna and male model Jeremie rocked the pieces. The looks were perfected by makeup artist Juan Romero. The Bullett Magazine 'Error404' editorial was captured at l’atelier Carré in Paris, France.
4
Score
Popularity
Activity
Freshness