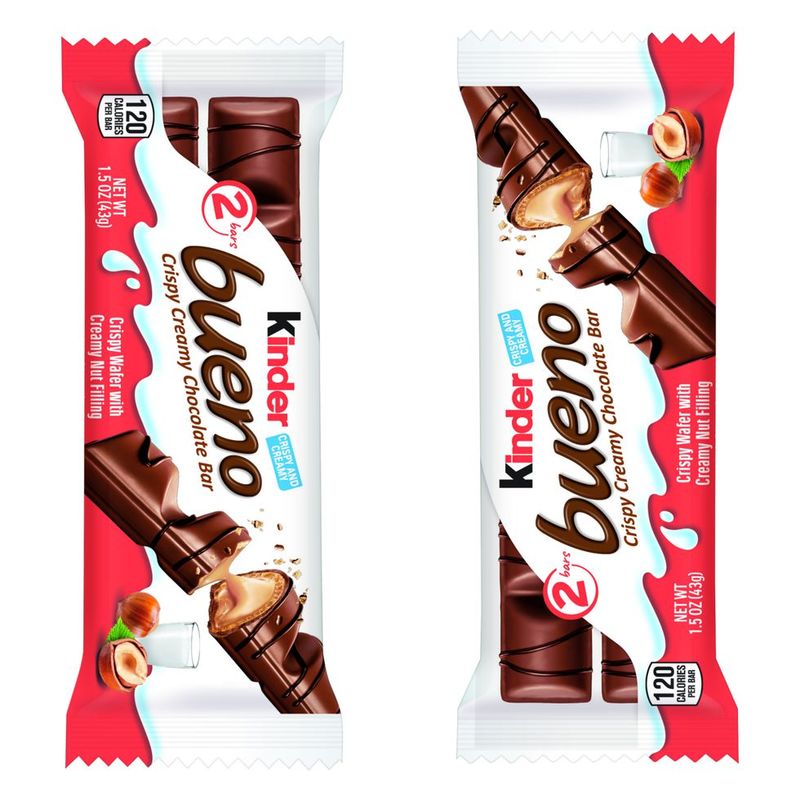 The Kinder Bueno Bar is Finally Coming to the US

Katherine Pendrill — May 21, 2019 — Lifestyle
References: delish
For the first time ever, the Italian candy company Ferrero is bringing its beloved Kinder Bueno Bar to the US. While the candy bar is already a hit in Europe, now American consumers can feast on this hazelnut-chocolate mashup.

The Kinder Bueno Bar is a tasty chocolate bar that can be summed up as a cross between a Twix bar and a jar of Nutella. The Bueno Bar consists of a milk chocolate covered wafer cookie that's been stuffed with a creamy hazelnut filling and drizzled in dark chocolate. The flavors are a classic combination as evidenced by the fact that the bar is the third most popular chocolate bar in Europe and the sixth most popular globally. Thus, it seems only natural that the Bueno Bar would make its US debut, which is expected this November.

Multi-Sensory Chocolate Tastings
'Ferrero Rocher: Behind the Layers' is an Immersive Experience